As of January 2018, LinkedIn is home to 500 million job seekers, employers, and millionaires. 250 million people use LinkedIn actively every month and there are two new LinkedIn members added every second. With a revenue of over $3 billion, LinkedIn is a behemoth of a company. The most amazing fact? All of these people and money are overseen by just one man: CEO, Jeff Weiner.

If that’s not a recipe for overwhelming stress and a severely out of whack work-life balance, you tell me what is.

So, how does a mere mortal cope with the demands of such a position without cracking? 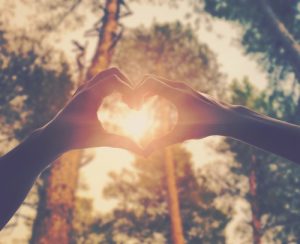 Jeff Weiner lays out his master plan with just three categories—health, time, and love. As he grew older, he realized he needed to reevaluate his priorities, making sure that health, time, and love were always at the top of the list. Advice that he often refers back to is the five keys of happiness given to him by Ray Chambers, his friend, and mentor.

After creating extreme wealth through investments and establishing himself as one of the kings of Wall Street, Chambers just stopped. He closed his firm and switched directions. He took his wealth and became a philanthropist and humanitarian, changing the world in so many ways. Chambers knew what happiness was and how to spread it.

Weiner lists five simple methods to achieve happiness and boost health, they are:

These are excellent keys of happiness, especially the need to bury your ego for the sake of a relationship. Many times we are so intent on proving another wrong, we’ll damage the relationship just to win and only realize later that being right wasn’t important. It can be very hard to lose when you really want to win. But, relationships shouldn’t be built on a win-lose situation and conceding the point is so much more beneficial than fracturing the relationship.

Always remember, that point won’t help you when you’re in need, but that person will.

So, what do these three things, health, time, and money, look like from one of the highest ranked CEOs in the world? Let’s first begin with:

Weiner is a big proponent of meditation. Each day he plays a self-guided meditation using the app Headspace. This helps him focus and stay positive.

Another way he increases his health is through altruism. He focuses on the needs of others and ways that he can improve their lives.

With his five keys of happiness always there to keep him grounded, he doesn’t forget the most important priorities. 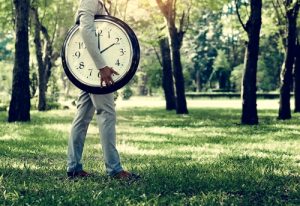 Schedule time to just sit. Weiner schedules a portion of his time, called a buffer, each day, to do nothing. During this time he cancels all meetings and crafts a space where there are no demands being placed on him. This allows him to contemplate future business goals, zone into current industry news, talk a walk, and consider possible innovations.

Sometimes, he may brainstorm with his teams or just clear his inbox, but this scheduled time is needed to balance out the hectic schedule of meetings and other events in his day.

Borrowing a life hack from Steve Jobs, Weiner focuses on doing one thing and doing it well. Constantly bouncing around from hobby to hobby leaves little globules of knowledge, bits of skills, but no mastery. Less is more.

Another tip. Don’t jam-pack your day with meetings, events, commitments, and other obligations. Be very selective with how you spend your time. Though your activities can be endless, your time is not.

Focus on the activities that will directly lead to the advancement of your organizational and personal goals.

Love is a guiding business principle for Weiner. From the teachings of the Dalai Lama, he uses a form of leadership called “managing compassionately”. this leadership quality focuses on understanding someone’s plight and acting to remove their suffering. Unlike empathy, which can render you unable to help because you’re right here with the person who is suffering, compassion puts some distance between you and the other person. Just enough distance to act in the face of their misery.

With this philosophy guiding him he’s able to connect deeply with his team and employees. Being a leader is a responsibility and you must be able to empathize, even better, be compassionate, with the people around you.

His wife. Before meeting her, Weiner lived a life of single-minded focus on his business. He not only wanted to climb the ladder, but he wanted to own it. After meeting her, Weiner says he learned the importance of compassion, kindness, and the foundations of his current leadership style from her. Together, and through hard work, he changed from a driven man all about the bottom line to a well-rounded person who cared about the bottom line but cared more for the people working to push the company to the next level.

Lisette, his wife, taught him to be a person. Now, that’s love.

If one man can carry millions of people on his back, and still maintain his grip on the important things in life, then you can, too,

Without a life, what will you do with the power when you get it? If your connection to people, and their plights, is impaired, or nonexistent, how will you wield this power?

How to Last Longer in Bed

How to Deal with Stress in Your Life