Men, since antiquity, have been looking for ways to boost their fecundity and sexual virility. And since ancient times, traditional forms of medicine such as Ayurveda already had solutions for men who were suffering from sexual problems.

Ayurvedic treatments can’t be simply shrugged off as something that’s only full of folklore. There’s actually a growing body of scientific literature that validates and provides scientific backing to the traditional use of many Ayurvedic herbal medicines.

Take a look at these 3 science-backed Ayurvedic aphrodisiacs and see how they can boost your sexuality.

In Unani or Perso-Arabic traditional medicine, the use and administration of Tribulus terrestris is similar to that of Ayurvedic medicine. The aerial parts of the plants are used to formulate medicines that promote physical and sexual strength.

Tribulus terrestris is also used for kidney, urogenital, and bladder conditions. For treating male sexual health issues, the roots of the plant are often used. Because of these traditional uses of Tribulus terrestris, the plant has gained worldwide recognition as an effective libido and virility enhancer. 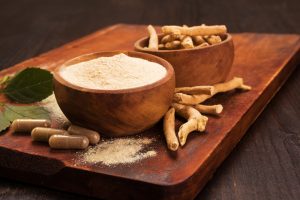 Withania somnifera, also referred to as Indian ginseng or winter cherry, is more popularly called by its Ayurvedic name, ashwagandha. The most typical use of ashwagandha in Ayurveda is for the treatment of stress and anxiety. However, this herb is also widely recognized for its pro-sexual properties.

Traditional Ayurvedic aphrodisiac formulations often include ashwagandha. Withania somnifera is actually an excellent adaptogen, which means that it’s really effective in relieving stress, anxiety, and reducing symptoms of depression. Because of its adaptogenic properties, ashwagandha is really beneficial for men suffering from psychogenic sexual dysfunction.

In both human trials and animal models, ashwagandha has been shown to help increase testosterone levels. In particular, infertile men who are also suffering from stress may benefit more from the testosterone-boosting effects of ashwagandha.

Research indicates that ashwagandha helps protect the reproductive system and promote fertility through both oxidative as well as non-oxidative mechanisms. Because ashwagandha also contains antioxidants, it helps increase antioxidant activities in the body.

Velvet bean or Mucuna pruriens has become widely recognized due to its levodopa content and aphrodisiac actions. Levodopa is the precursor of dopamine, an important neurotransmitter that regulates pleasure and motivation, movements, and emotional responses.

Research indicates that the libido and testosterone-boosting effects of Mucuna pruriens are due to the actions of levodopa. When you take Mucuna pruriens supplements, your body converts levodopa to dopamine, resulting in an increase in your serum dopamine levels. 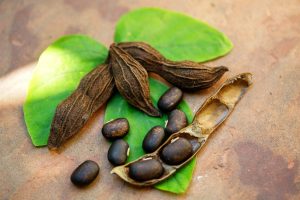 A recent study compared the aphrodisiac effects of these three popular Ayurvedic herbs on animal models. The results showed that Tribulus terrestris, Withania somnifera, and Mucuna pruriens were all significantly effective in improving antioxidant capacity and sexual functioning.

However, the researchers noted that Tribulus terrestris was the most effective among the three. In addition, the results also indicated that treatment with Tribulus terrestris resulted in the highest improvement in sperm motility as well as sperm count.

6 Urologic Emergencies You Need To Watch Out For

8 DRINKS TO IMPROVE YOUR HEALTH