5 Signs She Is Bored With You (And Your Sex Moves)

written by Michael Douglas, PhD in Fitness and Physiology February 24, 2017

Boredom in a relationship is somewhat inevitable. There may be lots of fun in the beginning, but that eventually wears off especially if no efforts are invested to make the excitement last longer. Relationship is hard work and it becomes harder when the will to make it work is lacking. She may be all too game when your started dating, but now you’re noticing a different tone in her voice when she takes another rain check on a supposed-to-be steamy sex night.

Good news is that her reduced interest in sleeping with you does not necessarily mean to full-on boredom in bed. Boredom in women could be not feeling ‘it’ instead of not feeling you.

How can you tell if your girlfriend has gone from “You’re all mine I want you to want me right now” to “I’m so tired let’s just go to bed”? Be cautious of these five signs that she’s beginning to feel the boredom – some are subtle and some are blatant – so you can learn how to reverse it back to how it used to be. Or at least try if you’re keen in salvaging your relationship.

There could be other reasons, but one that’s worth looking into is that she wants to avoid intimacy with you. Many women do this on purpose. Some women will intentionally stay in the living room while you’re in bed waiting for you to fall asleep.

She prefers one position during sex

And this position is the one that she knows gets you off instantly, which means she wants to be done with it. She’s no longer keen in feeling further pleasure. She doesn’t care about the moves you have in mind. She’s having sex with you because she feels she needs to, but that’s it for her.

She declines your offer of oral sex

It’s understandable when she declines to go down on you. That basically takes a lot of effort, but to decline her own pleasure is something else.  If she chooses sleep rather than the possibility of orgasm for her every single time, this could mean your bond is not strong enough to tempt her to do sexual things with you. Sometimes the root cause can even go deeper. There may be emotional struggles involved like anger and disappointment.

If she asked you this question before you were actually finished, that only means you’re taking too long and she wants it done already. Truth is women are fine with a 10-minute sex contrary to the assumptions that they want it to last for 30 minutes or longer. Long sex actually causes them to lose their lubrication, which can make sex uncomfortable.

She doesn’t want to be fully naked with you 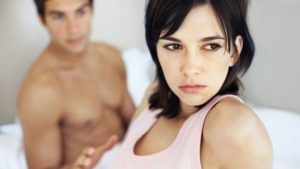 Though it can be sensual to leave something on while having sex, especially during a quickie, it could also mean that she’s not interested in connecting with you through skin-to-skin contact. It’s also kind of lazy as she doesn’t bother to take off her clothes. She just wants it to be over.

When your girlfriend start showing any of these signs, it’s time to practice all those seduction skills you thought you wouldn’t be needing. When women are losing interest, you have to lure them back in with playful engagement. Allow her to remember how it feels to reach that satisfaction you’re so eager to give.

What Changes Do You Need to Make in Your 50’s and How Should You Make Them?