6 Urologic Emergencies You Need To Watch Out For

Urologic emergencies are medical conditions that need to be diagnosed and managed right away in order to prevent severe complications. Many urologic emergencies can lead to infertility or loss of sexual functions if not treated immediately.

For instance, testicular torsion, if treated more than twelve hours after the emergency occurred, can cause your testicular cells to die. Your urologist would then need to remove the affected testicle to prevent further complications.

Here are 6 urological emergencies you need to be careful of.

When your foreskin becomes stuck behind the glans and you cannot put it back to its original position, the condition is referred to as paraphimosis. If the foreskin stays retracted for a long time, it can become swollen and can strangulate your glans.

Eventually, your glans will become ischemic, which means that it’s no longer supplied with enough oxygenated blood. And then the cells in your glans will start dying. Once the tissues in your glans have become necrotic, they would need to be surgically removed. Otherwise, the decomposing dead tissue would build up and cause gangrene. 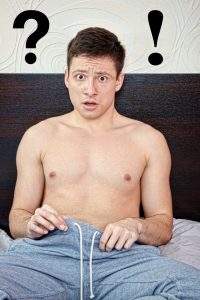 Among the three types of priapism, ischemic priapism is the most dangerous, in the sense that it’s the one that’s most likely to make you impotent. Ischemic priapism happens when the blood trapped inside the corpus cavernosa of your penis isn’t flowing out. It’s supposed to flow out so that your penis can become flaccid.

If priapism continues untreated for more than a day, your chances of developing erectile dysfunction increase from 50% to 90%. Experts recommend that priapism should be treated within the first four hours so that erectile function can be preserved.

If your penis strikes your partner’s pubic bone or perineum, you might hear a popping sound. If you do, that means that your corpus cavernosum has become ruptured. You’ll most likely feel a lot of pain, and detumescence will be immediate.

If you’re seeing blood coming out of the tip of your penis, or you find it difficult to urinate, or there’s blood in your urine, it could also mean that your urethra was also injured. Penile fractures also typically result in eggplant deformity wherein hematoma forms between your tunica albuginea and your penile skin, making your penis look purple.

Gangrene occurs when the tissues in a part of your body are dead or dying due to a bacterial infection or because of insufficient oxygenated blood flow. Gangrene is typically associated with dying toes or fingers due to hypothermia. But it can affect your genitals, too. And when that happens, the condition is called Fournier gangrene.

The types of bacteria that commonly cause Fournier gangrene include Escherichia coli, Staphylococcus aureus, Bacteroides species, and Streptococcus pyogenes. Fournier gangrene usually starts as an inflammation in the subcutaneous connective tissues in your genital area, then it rapidly progresses to necrotizing fasciitis or inflammation of the organ fascia.

A urethral injury may occur when either the anterior or posterior part of your urethra becomes partially or completely disrupted. This kind of injury can happen along with penile fracture, pelvic fracture, or penetrating penile injury.

A urethral injury is typically accompanied by blood in the meatus, hematoma in the penis or in the perineum, and a high-riding prostate gland, as well as a distended bladder.

Depending on what caused your urethral injury, different types of treatments will be employed by your urologist. What’s important is that it gets treated right away to prevent incontinence, hemorrhage, and erectile dysfunction. 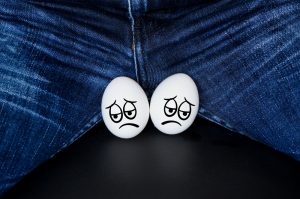 The problem with a testicular rupture is that the swelling or the pain associated with the injury does not fully indicate how much damage the testis suffered. Thus, a thorough medical examination is needed to find out the extent of the testicular damage.

If the testicular rupture is repaired within three days of the injury, the testicle can be saved 90% of the time. Otherwise, severe complications would occur which may necessitate the removal of the affected testis.

In many other cases of erectile dysfunction, the condition can be managed by taking medications that promote erection. Male sex enhancement supplements are also a viable treatment option.

In addition, it also contains natural aphrodisiacs and testosterone boosters such as Butea superba, damiana, and muira puama. The natural ingredients used in the formulation of these natural supplements can dramatically enhance your erectile function and greatly improve your sexual performance.