So much has changed since then. Yet, some men still cling to outdated sex myths, which prevents them to fully engage themselves in more pleasurable sex. Some of these myths are as follows.

If there is one body issue men are secretly worried about, it’s their penis size. Believing that size matters in giving a woman satisfying sex, they may feel less capable when they thought their penis is not the largest. It’s true some women find delight in bigger penises, but some also commented that it’s how men use what they have that truly matters.

Sex is not all about vaginal-penile intercourse. It’s a combination of the physical, mental, and emotional aspects of the couple. Even excellent oral sex can fire up a woman, sending her multiple orgasms. Penis size is an outdated myth you need to let go. 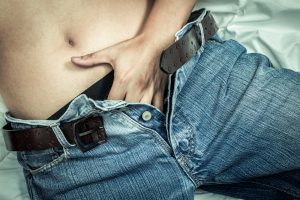 3. Sexual performance is important when seeking a partner

A good performer in bed is quite preferable, but when it comes to selecting a long-time partner, both genders have different preferences, and it has less to do with how you perform in bed. A series of studies involving different participants in 37 countries revealed that the majority of men are attracted to women based on their physical appearance.

Interestingly, women have a different preference when it comes to picking a partner. They prefer men who are financially well off. It might be because of a survival instinct. Women want their children to be financially secure and better able to survive in the ups and downs of life.

Both men and women can have sexual problems, especially when they’re older. But since the inability of men to get or maintain an erection is more noticeable, they’re considered to have more sexual problems. Additionally, compared to women, men are more prone to serious health conditions like hypertension, diabetes, heart problems, and higher cholesterol levels, which can all lead to erectile dysfunction. 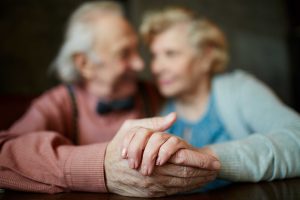 6. Sexual activity stops at the age of 60

The quality of sexual intercourse may decrease as a person advances in age due to health and physical conditions associated with aging, one reason why some people loathe coming to age. But this can only be a cause for concern when the elderly isn’t in good health. Being able to maintain your health until the ripe old age can support an active sex life.

Besides, when couples reach 60 and beyond, they’re more focused on the quality of their relationship than physical intercourse. An active sex life could be around kissing, cuddling, or intercourse. And with the help of some lubricants, sexual intercourse may still ring you pleasure and joy.

7. The coming of a child strengthens a couple’s sex and relationship

While it’s true that the birth of a child can further cement a couple’s relationship, the added responsibility can affect their sexual life. After pregnancy, a woman’s body undergoes hormonal changes, which can lower her libido and sex drive. She can also be busy with the baby that she lacks the time to be intimate with her partner.

Being a new parent isn’t easy. As hard as it may seem, know that this won’t last. Give your partner more time to heal her body as well as help her in taking care of the baby. As the baby grows, your sexual relationship will normalize again.

Most new couples have sex a few times a day. After the excitement wears off and they’re faced with their responsibilities, the frequency decreases until they do it one or two times a week. According to research, most men want more sex than they actually do, and a number of women say the same. However, some women respondents say they want it less frequently. The varying responses may show how individual obligations and pursuits affect their sexual activities.

Top 8 Best Fitness Tips for Men in Their 50’s

5 Best Ways to Assure That You Have Great Sex