When you have CAD, it means that the blood vessel that’s supplying blood to your heart is already damaged. The artery has become hardened and narrowed. Thus, your heart suffers and becomes weak. When your heart is weak, it can no longer pump enough blood to your penis. Here’s how coronary artery disease leads to impotence.

When you have arteriogenic erectile dysfunction, it means that the main reason why your penis isn’t getting hard is that it’s not getting enough blood flow. You need ample amounts of blood to flow into your penis so that it can become erect.

Since the only way for blood to flow to your penis is through your penile arteries, when your arteries are damaged or are not functioning properly, you can expect a lot of problems with your erection. That’s because both erectile dysfunction and CAD have a common factor, which is endothelial dysfunction.

According to several studies, when you’re suffering from erectile problems, you should have your heart checked because erectile dysfunction is considered an accurate predictor of coronary artery disease.

For instance, if you’re still in your 30s or 40s and you feel there’s no reason why you should be having problems getting an erection, it might be because of an undetected CAD. Experts are saying that if you already have erectile dysfunction even before you develop coronary artery disease, it’s highly likely that you will develop a severe case of CAD. 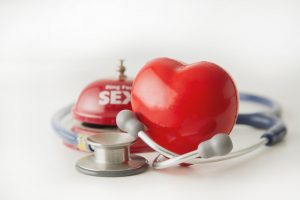 In addition, research shows that when you start experiencing erectile problems, CAD symptoms may start showing in 2-3 years. Even worse, you may experience a cardiovascular event within 3-5 years after the onset of your erectile dysfunction.

Furthermore, men aged 30-39 years old who are suffering from moderate to severe erectile dysfunction have an almost 5% risk of developing coronary artery disease within ten years. The risks increase to more than 21% for men aged 60-69 years old.

The main difference between the two medical conditions lies in the extent of the obstruction of the penile blood vessels. In chronic coronary syndrome, the penile arteries are severely obstructed. 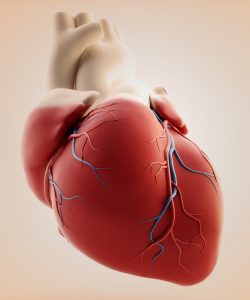 Atherosclerosis and endothelial dysfunction are two of the key contributors to erectile dysfunction. The extent of your penile rigidity during erection is largely influenced by the volume of blood that flows into your penis. When you have atherosclerosis, you’ll have a lesser volume of penile blood flow.

This means that there won’t be a lot of blood flowing to your penis. Either you will have a weak erection with a semi-rigid penis, or an erection may not happen at all.

One of the most widely-used natural male sex enhancement supplements available today can help you improve your erectile function. It contains natural ingredients that can help increase your penile blood flow, resulting in firmer and stronger erections.

Reasons Why You Should Never Eat Ketchup