You have a drink or two when you’re home from work just to relax after an exhausting day. The next day, you do the same. Then, the weekend is finally here, you go out and drink way more than you intended. To most people, there is no fun without alcohol. While some individuals consume moderate amounts of alcohol, others engage in heavy drinking sessions. Alcohol consumption has detrimental effects on your overall health and wellbeing, and you’re aware of most of them. But, what about your brain? How does alcohol affect brain cell production? Throughout this post, you’re going to learn more about the side effects of alcohol on the brain’s functioning and its cells.

How does alcohol affect the brain?

The impact of alcohol on your brain is well-documented. According to the National Institute on Alcohol Abuse and Alcoholism, alcohol has an impact on important parts of a person’s brain such as:

Even though it’s easy to assume that the negative effects of alcohol will stop the next morning, the reality is more complicated than that. For example, the International Journal of Neuroscience published results of the study which discovered that hangovers from alcohol exhibit a harmful effect on the brain cognitive abilities, especially on the higher visual and cortical functions or parts of the brain responsible for visual, memory, and intellectual processes.

In addition, research whose findings appeared in the journal Neuropsychopharmacology showed that alcohol hangover makes people less alert. This isn’t such a shocker. When you wake up after spending the entire night drinking, you can’t do anything, particularly demanding tasks. Even getting out of the bed seems like a mission impossible. 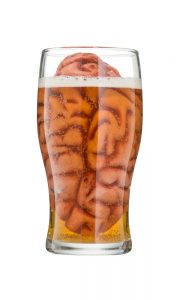 An interesting study was published in the well-known BMJ in June 2017. A team of scientists decided to carry out research whose primary objective was to evaluate the effects of moderate alcohol consumption on the brain. This is important because we tend to associate negative effects only with heavy alcohol intake. They discovered that consuming alcohol is strongly linked with a lot of brain side effects including hippocampal atrophy.

It’s not only about drinking itself but about how long have you been drinking. Research from the Frontiers in Behavioral Neuroscience discovered that engaging in binge drinking sessions at a young age has a negative effect on the brain later on. Binge drinkers exhibited higher measurements of specific electrical activity known as theta and beta oscillations in the bilateral occipital cortex and right temporal lobe. These results suggest the brain’s ability to react to external stimuli is decreased.

Side effects of alcohol consumption on the brain are numerous from structural changes to decreased cognitive abilities. But, how does alcohol affect brain cell production? A popular theory suggests that alcohol, in fact, kills brain cells. Despite the fact that alcohol does affect brain cells, it doesn’t really kill them.

Scientists explain that adults who drink in moderation aren’t in danger of losing brain cells, even though the idea it kills them has been around for quite some time. Alcohol impairs brain functioning in adult individuals by damaging message-carrying dendrites (segments of the neuron that receive stimulation in order to activate the cell) in the cerebellum. The damage of the neurons alters their structure, impairs the communication, and induces disruptions linked with intoxication. That being said, alcohol doesn’t kill or destroy the entire cell.

Basically, alcohol damages dendrites or the ends of neurons and makes it more difficult for them to interact with one another. Impaired communication affects overall brain functioning, but the cells are not killed.

Despite the fact it doesn’t kill the cells, alcohol can slow down the production of new ones. A study from the Neuroscience discovered that the drinking habit reduces the structural integrity of the adult brain. In fact, the level of intoxication equal to 0.08% (legal driving limit in the US) reduced the amount of neurons production in the hippocampus by 40%.

How can I grow my brain cells?

Cells die, or they get damaged, regardless of what happens to them your cognitive functioning suffers. As a result, you experience problems with focus and concentration, decision-making, memory, and even your productivity at work suffers in the long run. Is it possible to boost the production of brain cells?

You can generate new cells (see below) and improve your mood, prevent age-related mental decline, sharpen your memory, among other things. In order to encourage the production of brain cells, it is important to learn about factors that have a negative impact on neurogenesis. Lack of sleep, aging, and stress reduce the natural brain cell production just like some medications and overall unhealthy lifestyle. 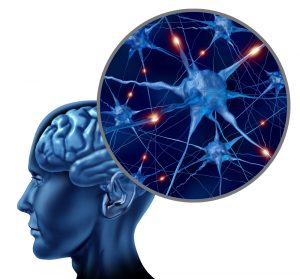 In order to increase the production of brain cells, you should engage in three activities: sex, learning, and aerobics. To function properly, your brain has to be challenged, and the best way to do so is through learning. Sign up for some class, read a good book, engage in other mind-engaging activities, the choice is yours. At the same time, sex activates production of feel-good chemicals and has a positive impact on numerous processes in the brain, just like aerobics.

Other things that could help you improve the production of brain cells include consumption of Omega-3 fatty acids, intermittent fasting, consumption of antioxidant-rich foods, and calorie restriction.

How often do you get brain cells?

The popular belief suggests that adult brains cannot generate brain cells and you’re, basically, stuck with the cells you were born with. Not entirely correct! Cells in your entire body, not just in the brain, die every day. But new cells are produced to replace them. That’s the circle of life, and it occurs in your body 24/7.

Every person has the capacity to develop new cells and, thereby, improve cognitive abilities. The process of generating brain cells is called neurogenesis. New brain cells (neurons) are developed in the hippocampus.

It is natural for the brain to lose neurons as you age. Even the brain volume shrinks as the years go by, but this effect isn’t only attributed to the loss of neurons. That being said, even in old age the brain has enough capacity to generate about 700 new brain cells a day, according to Harvard scientists.

Although 700 doesn’t seem too much if you take into consideration that the brain has millions of neurons, even this relatively small amount has significant effects on overall brain functioning. That’s just the value your brain produces on its own, but if you also happen to improve neurogenesis and help the brain generate more cells, your cognitive abilities can improve significantly. Isn’t that amazing?

Consumption of alcohol has a negative impact on your brain. Numerous studies have confirmed that even moderate intake affects cognitive abilities and makes structural changes in the brain. A popular theory stated that alcohol kills brain cells. The paper investigated how does alcohol affect brain cells, and current evidence shows that it doesn’t kill them, but it destroys their endings and impairs the communication. As a result, cells don’t function properly, and the production of new cells can slow down.

Freezing Semen for Future Use