The CDC reports that traumatic brain injury (TBI) is a major cause of disability and death in the US. In fact, brain injuries contribute to 30% of all injury deaths in total and every year 153 Americans die from injuries that include TBI. The truth is that brain injury has a major impact on a person’s health and quality of life. Recovery is possible when the problem is treated promptly, but in a lot of cases brain injuries are unattended or ignored. This post discusses serious complications that come with ignored brain injury.

Let’s start with the basic rundown of causes that lead to brain injury. The primary cause of brain injury is fall which accounts for 47% of all brain injury-related ED visits, hospitalizations, and deaths in the US. Other causes of brain injuries include:

Basically, TBI occurs when there is a trauma to the head, or penetrating head injury affects the normal functioning of the brain.

While some signs and symptoms appear immediately after sustaining the brain injury, others show up days or weeks later. The severity of symptoms varies from person to person. In most cases, symptoms of brain injuries are as follows:

It is of huge importance to see a doctor when experiencing these symptoms. The worst thing one can do is to ignore the signs and hope they will go away on their own. In fact, the more you wait, the more complications you can experience.

What happens when brain injury is untreated?

Due to the wide prevalence, brain injury is also referred to as a silent epidemic. The biggest problem here is that many people do not seek medical assistance thinking their injury is “not that bad.” In addition to that, many brain injury cases are untreated or misdiagnosed because it can be difficult to pinpoint symptoms at the very beginning.

When left untreated properly, brain injuries can lead to devastating complications which include dizziness, lightheadedness, clumsiness, forgetfulness, fatigue, and frequent headaches. What makes brain injury so serious is the fact that these complications can occur even if an affected person believes he/she recovered successfully.

Injuries to the brain have both short-term and long-term consequences. Short-term consequences refer to effects you experience during that time or a few days or weeks after the injury, but long-term complications are those that occur down the road and they have the potential to affect the overall quality of life significantly.

Besides complications mentioned above, unattended brain injury can also lead to more serious effects that include loss of vision or hearing, and stuttering or having a loss of speech. Persons who were affected by brain injury can also experience mental difficulties down the road. These include poor concentration, struggling to read and write, and having problems remembering things.

Although these consequences of unattended brain injuries do seem scary and serious, there are even worse long-term complications.

People who sustain a TBI will also develop depression in the year after the injury, according to one study. Evidence shows that people with brain injury are eight times more likely to struggle with depression than the general population. Scientists explain that brain injuries may cause changes in brain structure and function that make those people more susceptible to depression.

Separate research published in the JAMA Psychiatry revealed that depression was observed in 30 out of 91 participants and it was more frequent among people with TBI rather than the control group. The study showed that people with brain injury were also more likely to have a personal history of mood and anxiety disorders and they also experienced aggressive behavior. Scientists concluded that depression is strongly linked to brain injury and it is associated with executive dysfunction, negative affect, and symptoms of anxiety. 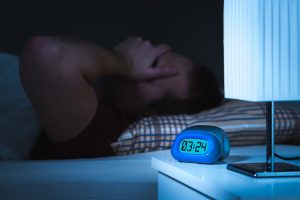 One of the most underrecognized complications that arise due to unattended brain injury accounts for sleep problems. A study from the journal Neurology discovered people who have experienced TBI may still have sleep problems a year and a half after sustaining the injury. Scientists found that 67% of people with brain injury also suffered from excessive daytime sleepiness compared to only 19% controls.

Shockingly, most people with TBI were not aware of to what extent their sleep is disrupted. Daytime sleepiness is strongly linked to public safety hazards like car accidents, i.e. it puts your and everyone else’s life in huge danger.

The PLoS One published results of a review of studies which only confirmed that head injury is strongly linked to increased risk of Alzheimer’s disease and dementia. Moreover, yet another research from the Neurology discovered that older veterans had a 60% increase in the risk of developing dementia.

In order to minimize the risk of these consequences, it is crucial to seek medical assistance and see your doctor as soon as you suffer a hit or blow to the head or experience symptoms listed above.

Brain injuries are so common they are referred to as a silent epidemic. It is entirely possible to overcome brain injury successfully. Feel free to seek medical assistance when you sustain an injury or experience the symptoms. Don’t wait for them to go away. When left unattended, brain injuries can lead to serious physical and emotional/mental consequences as seen throughout this post.

How To Prevent High Blood Pressure Without Taking Medication