Birth control is an important factor in living your healthiest sex life. Depending on the type of birth control, they reduce the risks of STIs and unwanted pregnancies. However, most birth controls have been targeting at women for a while.

Condoms are the only type of birth control that has an option for both women and men. Other birth control methods like the pill, patch, or shot have all been used only on women. These birth controls have a high success rate in preventing pregnancies. They can also clear up the skin, regulate periods, and help with hormonal issues.

The options have been limited for men. Their only methods of birth control were condoms, vasectomies, and the pulling out method. These methods are not as effective as the ones for women. Vasectomies are a permanent solution. They are rarely reversed. The pulling out method has a very low success rate even when done correctly. Many men don’t know how to do it correctly. Thus, condoms are men’s primary birth control method, and they can be easily forgotten. Recently there have been talked of a new birth control option for men. It’s a hormonal option like women’s birth control pills. As expected many people are skeptical and firing questions at the creators.

How do they work?

How is it different than women’s birth control? 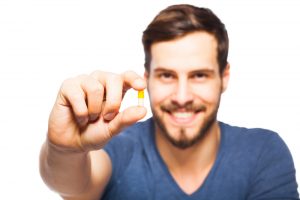 Some women birth control stop ovulation while others block the uterus. Certain ones inhibit implantation or destroy sperms. However, male birth control only has one goal, and that’s to stop sperms. The two birth controls have similar side effects. It should regularly be taken to provide the maximum benefits similarly to women’s.

What are the side effects?

The male birth control has side effects in common with women’s birth control, but they are far less. Common side effects include mood changes, depression, pain at the injection site and increased libido. They can also experience muscle pain and a skin breakout. Other sides effects are a small amount of weight gain, a slight decrease in the good high-density cholesterol levels. Some have experienced lower sex drive, but this symptom was rare among test subjects. A low percentage also reported testosterone deficiency.

Can it cause permanent infertility?

The risks of infertility are very low if not entirely zero. The actions of the pill can be reversed at any times. As soon as you stop taking the pill, your testosterone and sperm production will be reestablished precisely as it was before starting on it. It cannot cause infertility because it only temporarily reduces sperm production. Production goes back to regular activities if you skip a dose. Therefore, it doesn’t stop infertility in the first place and will not cause future infertility.

How confident should I be about it?

Does it affect my sex drive? 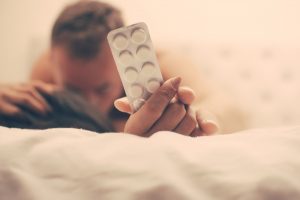 Yes, like women’s birth controls, it will affect your sex drive. The pill is a hormonal contraceptive. Even if it was created to target specific hormones, it would disrupt activities in other hormones. The entire reproductive system will be affected. Therefore, your sex drive will change. The changes in your sex drive depending on your body and how the pill reacts with it. It can increase your libido, or it can decrease it. Trial subjects have reported both instances. However, the number that accounted for an increased libido was higher than the ones who noticed it being lowered.

When will it be available?

The pills haven’t gotten approval from anyone. FDA and others keep sending it back for more research. It’s still in the clinical trials stage. It keeps failing to pass on to the next stage due to its side effects. Many of the trial subjects complain a lot about them and refuse to accept it as their primary method of birth control. Thus, it’s unlikely that it will be available really soon. Some markets are hopeful for it to ready for retail sale by 2020.

The results are not conclusive. If you were hoping for the male pill, you’d have to stick to condoms for now. The public is slowly changing in their favors, and recent clinical trials are becoming more exciting. The main obstacle is to have enough men willing to accept the side effects and use for the FDA to investigate it and have it approved.

Men’s birth control is the new public fascination. If it does get approved, it would be a big step forward for the world in the human reproduction field. For now, the problems are the side effects, but women’s birth control has many side effects, also. Many people are hoping that there will be enough men to look past them like many women did.

The Different Types of Diabetes