I understand that the title of this article is a bit harsh; I mean, why would a man want to read about the most common reasons they can’t keep a relationship? They don’t.

Stop right there and listen to me for a second. You need to know the most common reasons so that you can change your ways. Some of the reasons can be easily tweaked to change your life from single to taken. Some of the other reasons are not-so-easy to change but are still doable.

Okay, what I’m trying to tell you in introducing this topic is that there are ways to avoid staying single, you just have to put in the time and extra effort to get there. Below, I’m going to provide you with a list of the most common reasons (I’ll give you a hint, there’s 9 of them). Then, after I briefly explain each of them, I’ll rattle off the self-explanatory additional reasons, and you can take it from there.

I understand this sounds very targeted, but trust me when I say, I don’t mean for it to be. 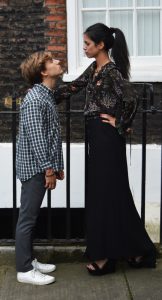 I’ll give you guys a couple of examples:

Now, don’t let this get to your head. If you’re going bald or if you have a short stature, it’s not the end of the world.

Remember how I stated above this may be the #1 reason men think they’re single? Well, I put stars near this suggestion because it’s more men’s thoughts than the actual reality of the reason, if that makes sense. In other words, poor looks are the reason men are not in a relationship according to men, not according to the world.

Speaking of confidence, here comes the #2 reason why men stay single (and this one has nothing to do with men’s thoughts on the matter, it’s just pure fact).

If a man has low self-esteem or low confidence levels, women tend to flee.

Now, I’m not telling you that you have to be a super overconfident man, I’m just telling you to have a little confidence in yourself. And if you don’t have that confidence, just make people think you have it. For example, straighten out your posture, master your gait, and learn when to keep eye contact.

I understand you don’t want to force a relationship and seem desperate, because honestly, that’s never a good thing. On the other hand, you shouldn’t be standing alone in the corner with your arms crossed because that will make you seem unapproachable (and unapproachable is probably one of the last things you want).

Instead, find your happy medium. Put a little effort in and you’ll be surprised at the results.

Let’s be honest, wanting to be single is a really common sign you’re probably single.

I know what you’re thinking, why would I throw this reason in the mix? My answer to that would be because I know at least a couple of men will wonder why this wasn’t a reason if I didn’t write it on the list. Phew! That was a complicated sentence, but I’m sure you caught my drift.

It’s true; some men just don’t know how to flirt. Most of the time this is due to the man not being able to read the woman’s signals clearly and effectively.

What you have to keep in mind is some people pick up on these signals rather quickly, but others don’t always have the same luck. Try talking to a friend that’s a girl to get some insight.

The definition of an introvert is a person who keeps to themselves. And, often times, introverts find it hard to branch out of their shells in social situations, especially those having to do with romantic conquests. So, when it comes time to make a move, they shy away.

Try being a little more of an extrovert next time you go out, it may work in your favor. 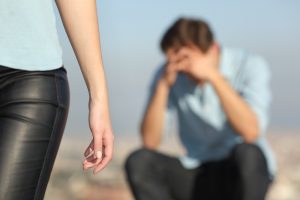 Break-ups can be rather harsh, and I’m pretty sure the last thing you want to do after ending it with one person is start up another relationship, especially if the break-up was recent.

Do yourself a favor; don’t stop living your life because you just recently broke up with your significant other. Go out and have a good time, and if something happens, let it happen. If you’re not entirely ready, communicate that to the other person and go as slow as you need to.

Reason #8: Bad Past Experiences in Bad Past Relationships

I understand if you’ve had bad past experiences with your past relationships, you may be inclined to stay away from new relationships. However, you need to keep in mind that this is not always the case with newer relationships. Always remember to surround yourself with good people and you’ll be in the clear.

Reason #9: All Women are Taken

Some men seem to think that there is no right woman out there for them; this is false. There are plenty of women out there, you just have to be willing to go out there and find them (also, don’t give up!).

So, those were the top 9 reasons, now let’s get into the list of self-explanatory reasons.